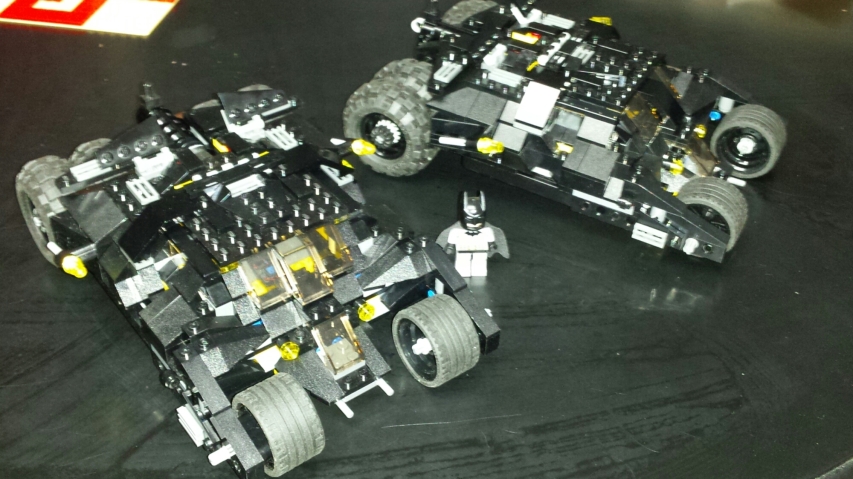 Until the announcement of the UCS Tumbler I’d forgotten that in 2008, LEGO released a pretty badass version of Batman’s hyper-armored vehicle, first seen in Batman Begins. The most recent iterations were the exclusive Target polybag and the Bane chase set from The Dark Knight Rises.

But both of those incarnations have nothing on the monster two-seater from set #7888, and while taking some liberties with a few parts (those 2×4 sloped windscreens are hard to find in black, and I didn’t have enough black 6×8 Technic modified bricks), I was able to build two of them.  Now I just need the correct Batman to go along with them.  🙂

At long last, a LEGO Green Lantern!  (Image via FBTB)

In this (long-delayed) edition: a really, really big Tumbler; a bus stop made out of LEGO; and what’s washing up on the shores of the U.K.? END_OF_DOCUMENT_TOKEN_TO_BE_REPLACED

Don’t know about you but I’ve been waiting for a Batgirl minifig since Lego released their first Batman sets in 2006. Too bad she only comes with this $50 set which does include The Joker and Robin. END_OF_DOCUMENT_TOKEN_TO_BE_REPLACED 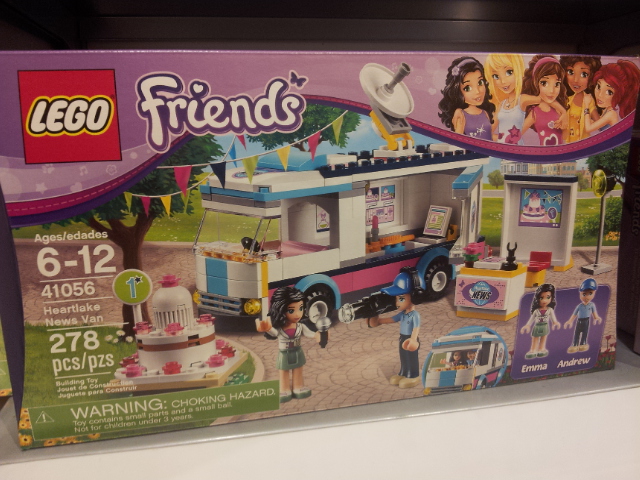 The news comes to LegoLand via this nifty new TV news set, complete with a broadcast truck and anchor desk. END_OF_DOCUMENT_TOKEN_TO_BE_REPLACED

With the success of The LEGO Movie it looks like the company is taking advantage of the heightened PR for the toy line and releasing a ton of new 2014 sets early. END_OF_DOCUMENT_TOKEN_TO_BE_REPLACED

Lots of LEGO news these past two weeks, including the newest CUUSOO set, a brick-based productivity killer from Google, and even more awesome LEGO Star Wars builds on a mini mini scale. END_OF_DOCUMENT_TOKEN_TO_BE_REPLACED

brickplate
Create a free website or blog at WordPress.com.