With the success of The LEGO Movie it looks like the company is taking advantage of the heightened PR for the toy line and releasing a ton of new 2014 sets early. Spotted at the Paramus, NJ store were a mess of Star Wars sets, including the Coruscant Gunship, above, as well as all of the new MicroFighters below.

There’s a great selection this go-round of smaller sets, featuring neat minifigs like the Kashyyk troopers and the ever-awesome Emperor’s Royal Guards. 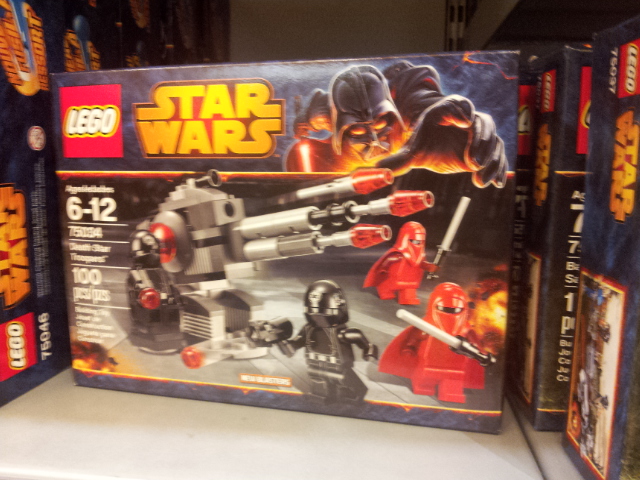 One thought on “New Sets at LEGO Stores!”